It’s the new reality under their Return to Play protocols where rules prevent the teenagers and staff from arriving any earlier.

There are many other regulations which have to be met, just for the kids to get on the ice.

“Only 10 guys per change room, we have to wear new masks attached to the cages and no contact during games,’ says Cohen Kiteley, the Nationals captain. 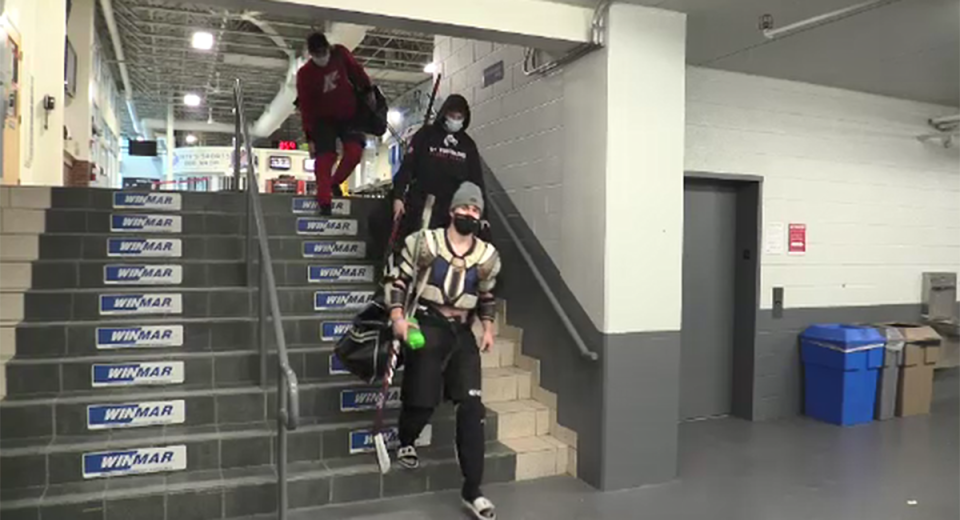 The team has been practicing for months now, preparing for a season that may never start. Within the last month, they’ve started having glorified scrimmage games against the Komoka Kings.

“They are five-on-five games but with only 10 skaters per team,” says Pat Powers, Nationals head coach.

“We have refs and do face-offs. We physically distance on the bench and the refs blow down scrums on the boards and in front of the net. It’s different but it’s as good as it gets right now.”

At the start of the pandemic, Paul Duarte purchased the Nationals from Ken Eansor. He never imagined COVID-19 would last this long, but is thankful for his sponsors because he picked an awful time to by a sports franchise. 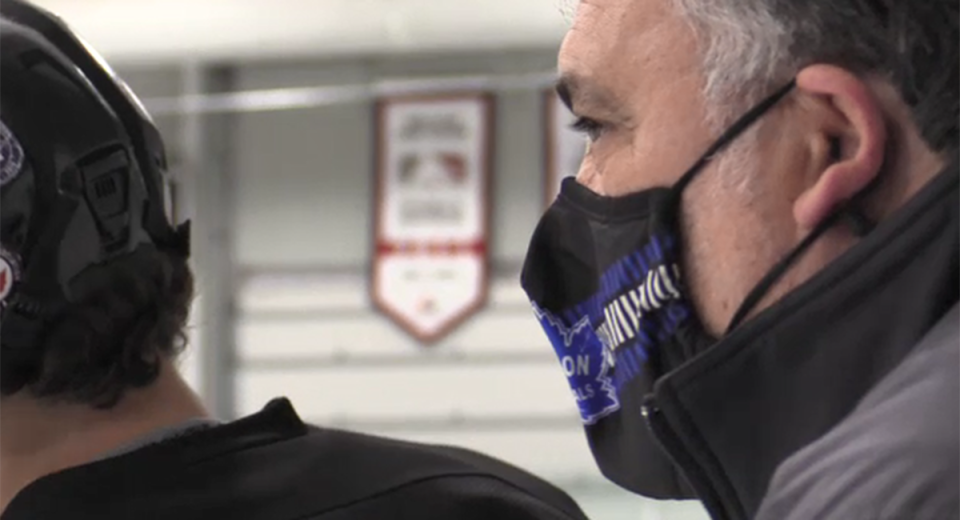 He loves the history of this club and that’s why he bought it, but an owner knows his team is only as good as its fan base.

“We need revenue from the fans to make games happen, so it’s impossible to play a season without fans,“ says Duarte.

“We hope this is temporary and that we can get 30 per cent capacity after Christmas, which would be the average that would help us with our overhead.”

If no fans are allowed, and the team has to continue playing current scrimmage games, Duarte says it may require registration fees from the players to cover some costs.

“The difficult issue is our league crosses multiple health units,” says Powers. “In London, we’re limited to how many guys on the ice. Some health units are in different zones right now. In Niagara Falls they are playing full rosters, while Windsor has shut down.”

Last season’s playoffs were cut short, and it cost many kids their final year of eligibility.

For 20-year-old players like Kiteley, they are hoping it doesn’t wipe out their final season.

“Trying to stay positive but it’s tough,” he says.